HOW TO KNOW IF AIRTAG IS TRACKING YOU: BE CAREFUL WITH STALKERS!

Do you remember when we introduced you to Apple’s Air Tag product? At first glance, it seems very useful and convenient, doesn’t it? Well, you have to be careful, there have already been many follow-ups with this product, and you have to be alert. Will it be worth it so much to have it? Let’s see, how to know if you are being followed 👀.

What is an AirTag?

An AirTag is a small disc-shaped tracker that is very useful for locating lost or stolen objects with “Find my app”. It works similarly to the Tile tag with which one of the small devices can be attached to, for example, keys or a purse.

The AirTag is a stainless steel disc with the Apple logo on one side, the other size can be customized. It is also water and dust resistant, with a removable cover designed for easy battery replacement.

Signs that an AirTag is tracking you

Owners of iPhones running iOS 14.5 or later should receive a push alert whenever an unknown AirTag is nearby for an extended period of time and away from its owner: “AirTag Found Moving With You”. 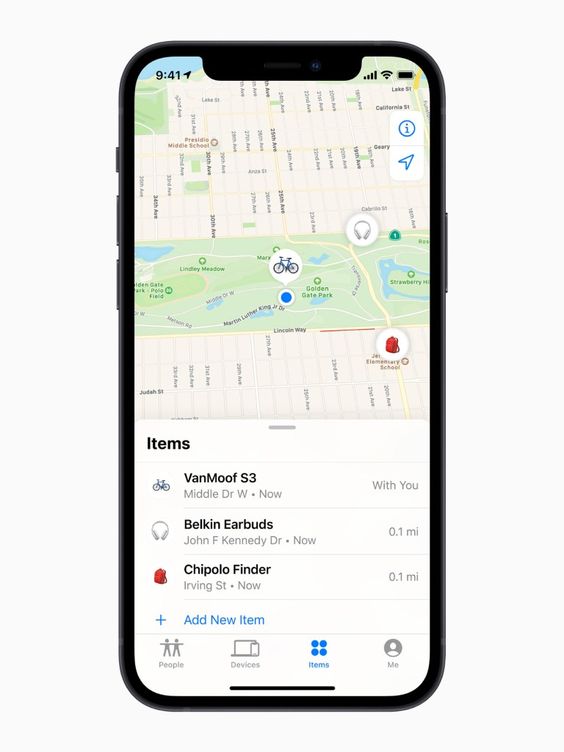 Clicking the alert on the iPhone may give you the option to play a sound on the AirTag to help locate the device. Verify that you will receive these alerts by going into the “Find My” app, choose the “Me” tab in the bottom right corner and make sure the “Item Safety Alerts” option is green and enabled on the right under “Notifications”.

Months after the release of the AirTag, Apple released the Tracker Detect app for Android phones. Unlike the security features available for the iPhone, the Android app doesn’t  automatically search for unknown AirTags. Users must initiate the search.

Millions of Americans still don’t own a smartphone. Without a device at hand, you have to rely on visual and auditory clues to find any hidden AirTag. The circular white disk is slightly larger than a quarter. As The New York Times reports, Ashley Estrada discovered an AirTag lodged under her license plate, and her video documenting the incident was viewed more than 20 million times on TikTok.

When the AirTag was launched, the tracker would beep if it was away from the owner for more than three days. Apple has since reduced the time to 24 hours or less.

What happens if I find one?

The best way to deactivate an AirTag is to remove its battery. To do this, turn the AirTag over so that the metal side with the Apple logo is facing you. Press on the logo and turn counterclockwise. You will now be able to remove the cover and remove the battery 😉.

Apple’s support page for the AirTag suggests going to the police if you think you are in a dangerous situation.

Who is more affected?

In viral stories shared on the Internet and in police reports, women are often the victims of AirTag harassment. For more resources, you can visit the National Domestic Violence Hotline website. To contact the hotline, call 1-800-799-7233 or text the word “START” to 88788.