THE MOST EXTREME BODY MODIFICATIONS YOU CAN MAKE

Next, we will discuss what body modifications are and which are the most extreme ones.

What are the body modifications and their origin?

They can be known as body modifications, body mod, or also as body transformations, and it is understood that a body modification is that permanent or partial alteration that is carried out on the human body for symbolic, aesthetic, or even religious reasons, such as rites of passage.

Body modifications have been used for many years now. In addition to the reasons mentioned above, in many places, body modifications are made for cultural aspects since they have become great customs in different countries and societies.

Specifically, it began to be used in the 20th century in Western culture and became a common practice. Over the years, the techniques of different types of modifications have evolved to become one of the best ways to express one’s personality, beyond trendy tattoos and piercings.

👽 Have heard about a extreme body modification project? Learn all about the Black Alien project!

Next, we want to comment on the manipulations of the body that include extreme body piercings:

One of the first that we want to comment on is the piercing that is made in the back, representing the figure of a corset, that is, through the place where the corset cord passes, Open jeweled piercings are made to allow the rope to pass through. This practice became one of the most popular and for that reason, they began, in addition to putting rings on the back, to doing it on the leg as well.

Another of the most common piercings are those that only make a point, that is, it is embedded on the skin and is not pierced. This fashion began to be applied to many parts of the body, although above all, it began to be carried out in different areas of the face and gradually evolved to different areas such as the fingers or the back.

On the finger, it is important to mention that another type of dermal anchor base jewel is used so that its incorporation is better. As for the back, it became fashionable to create a line of piercings or embedded piercings along the entire back near the spine. Specifically, many people do it from the head to the lower part of the back.

Another of the strangest piercings is the one that is done in the eye, this one is not done on the eyebrow or the surrounding areas but is done in the same eye and more specifically, a perforation is made along the eyelid.

The last and also one of the least used is the piercing between the cheeks, specifically, it is made on each side of the mouth and a large jack is placed to keep the whole open. Through this modification, people will be able to see your mouth through your face.

In addition to all the modifications that we have discussed above, one of the most common to perform body modifications is that of the subdermal implant. This type of implant is performed under the skin and is known as one of the most painful since it is performed without anesthesia and the skin is pierced to insert the implant. In this way, objects with different shapes are implanted on the skin and these are usually made of silicone.

🌬️ Do you know there is a type of piercing that makes the skin be suspended in the air? Learn about Body Suspension 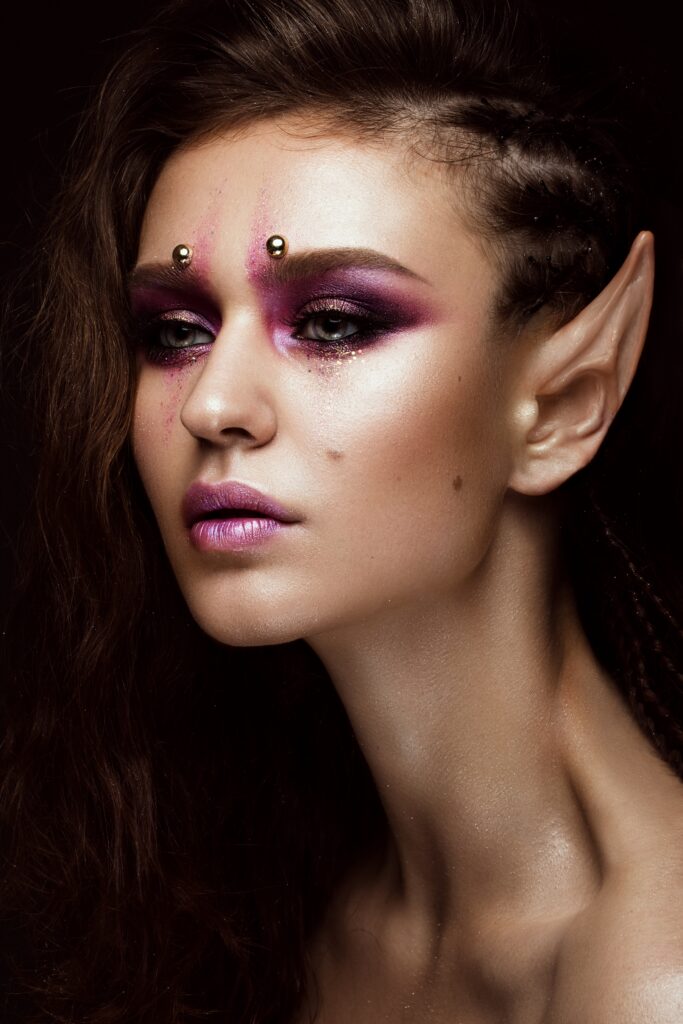 Over the years, more strange techniques have been created to carry out new body modifications, and among these, what is known as scarification stands out. It is considered to be a strange practice since a tattoo is made on the skin but not using the traditional way but it is done through cuts, marks, or even through abrasion. What is created is a wound and when it heals, it remains like a scar.

The narrow waist is another of the most common modifications and through this modification, that involves plastic surgery, what is intended is to achieve what is known as a “wasp waist”.

Finally, we want to comment on the modification to get elf ears or a forked tongue. The first transformation is considered to be one of the most painful ones since you must not only take into account the operation but all the care that it entails and possible infections.

As for the forked tongue, or tongue splitting, despite being surprising, it became one of the most common practices in the last few years. It is also important to mention that it has become one of the most painful body modifications since it is done by dividing the tongue.

To finish this article we want to comment on the importance of making any type of modification to the body, whether extreme or a simple perforation, in a specialized site that compiles all technical, legal and sanitary requirements. And on the other hand, we also consider it necessary to comment that in the case of suffering any infection or discomfort you should go to a specialist and doctor to solve any problem that may arise.