Robert Pattinson has donned the Batman suit and left the Twilight saga behind, and also Ben Affleck as Batman. This actor has become the seventh star in the life of this superhero.

Today, we’ll tell you why you’ll like Robert Pattinson as “The Batman”. This new installment is directed by Matt Reeves, which for many reasons has become the highest-grossing film of this year. So if you still doubt whether to see it at the cinema, keep reading this post to find out why many consider this new Batman/Bruce Wayne one of the best so far.

The Batman Premiere: An Overview of the Movie

The new Batman movie was released worldwide last March. In this new Batman installment, all the characters remain in the dark throughout the film. Once again, confusion is created about the morals and trust of the main characters. The film slowly builds up over 153 minutes (the 3rd longest superhero movie).

Matt Reeves has stated that the running time isn’t a problem to keep the audience immersed in the plot. This new version of “The Batman 2022” will keep you immersed in the dark problems of Gotham City with the great story that rests behind it.

Throughout the entire movie, you can understand the universe of the new Batman, as they show the dark side of politics and the corruption that exists in the streets of Gotham.

Without a doubt, Robert Pattinson has starred in one of the darkest films of the year, in many ways. The Batman of 2022 reveals how the mafia works, drug dealing, and how everyone ends up killing each other over-ambition. 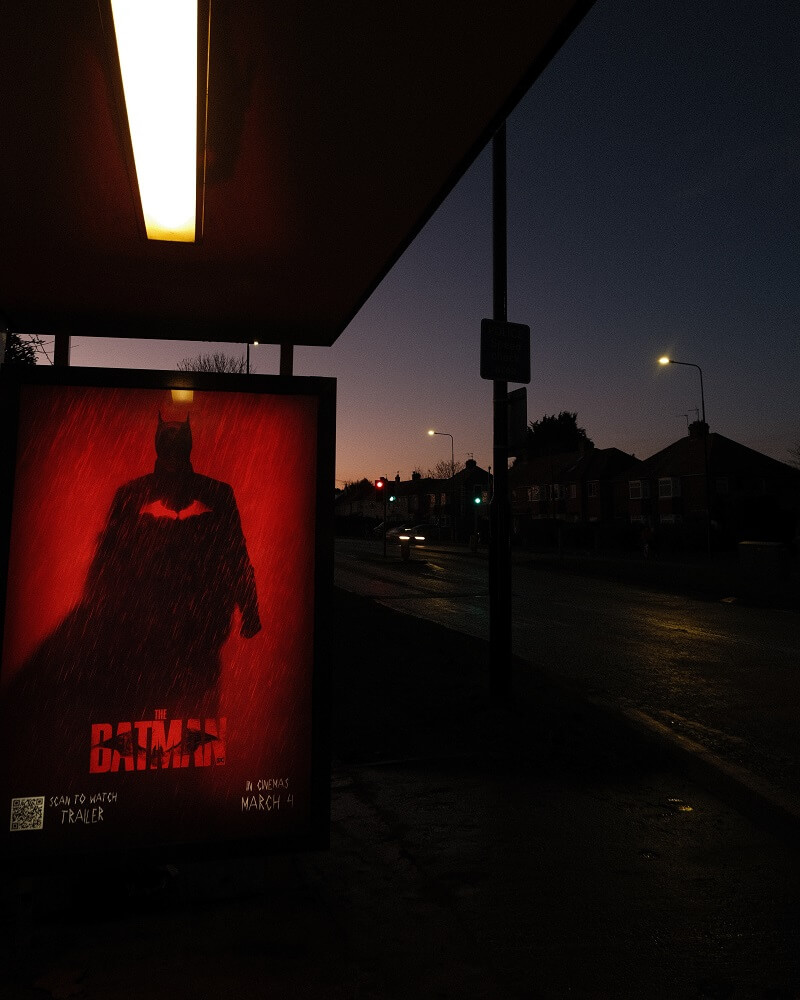 Robert Pattinson is a Batman with a unique and interesting presence on the big screen. This new Batman has an air of angst, torment and misery that makes us forget that Pattinson starred in Twilight.

This is one of the most faithful portrayals to the comics. Robert Pattinson plays a young Bruce Wayne still discovering his power in Gotham. This brooding dark knight isn’t an aging, crime-fighting-weary Batman.

Pattinson is joined on screen by actress Zoë Kravitz, in the role of Selina Kyle, (a spectacular Catwoman), Jeffrey Wright as James Gordon, Colin Farrell, though unrecognizable as the Penguin, and Andy Serkis, as Alfred, among others we don’t want to spoil it for you 😉

📺Did you see all the movies that won an Oscar? Check out the list of the Oscar winners.

Which was the best Batman (according to the critics)?

Robert Pattinson has received praise for his portrayal of Batman, but despite the good reviews it’s still too early to consider him the best Batman ever.

The story of this iconic vigilante first appeared on the big screen in 1943, since then seven different actors have donned the suit and used the Batmobile.

Which one is the best? According to critics, Christian Bale has been the best Batman ever, after starring in the second part of the Dark Knight trilogy, directed by Christopher Nolan. His performance is considered one of the best interpretations of the DC Comics franchise.

This is thanks to the story, production and the appearance of Heath Ledger as Joker in the movie. This movie has on the Tomatometer a near perfect score.

The Batman played by Bale, according to the experts, deserves the award for Best Batman. Especially because he was able to project the character’s emotional character beyond his crime fighting.

What do you think, which is your favorite Batman, and don’t decide before you see Pattinson’s movie!

Check out the trailer: