Rolling Music Festival: how was the experience of an online music festival?

After experiencing the Rolling Music Festival online during three consecutive days /15, 16 and 17 September 2020) due to the excepcional situation we live in, we have seen that changing our habits and our way of consuming culture is not that difficult and there are still a lot of positive aspects about online culture consuming.

The good thing about music is that thanks to a lot of technological improvements you can listen to it everywhere, no matter where you are.

Artists that performed in the Smoking Music Festival

The Rolling Music Festival was held from the official account of @SmokinPapers and had the participation of 3 artists who showed their music in performances of 40 minutes each.

The first one to perform was Rosa Pistola, who is a Colombian DJ and artist known for producing and playing underground reggaeton music. She has an innovative perspective about mainstream music and she is always searching for new sounds to experiment with. Some stages in which she has performed are the ones in Primavera Sound, Sónar or even in the famous Boiler Room program.

The second artist group was Tribade, which is formed by three girls from Barcelona who enjoy doing rap music that reflects the true essence of the city they live in. Their songs have powerful lyrics which in order to empower themselves and also to fight against social injustices related to the LGTBI community and other issues. Their musical influences are rap, flamenco, soul trap and reggaeton.

The third and last guest is La Blondie. She is an artist influenced by American dance hall and trap, which results in her music mixing a big quantity of urban sounds. This ever-changing artist has performed on stages such as Sala Razzmatazz or Sidecar.

All of the performances, which were streamed on live from the official account of @smokingpapers were fire. If you have missed them you still have the opportunity to check and listen to them on the IGTV channel of @smokingpapers.

In this channel you can also watch the Meet&Greets of each artist in which they answer interesting questions made by their own fans. 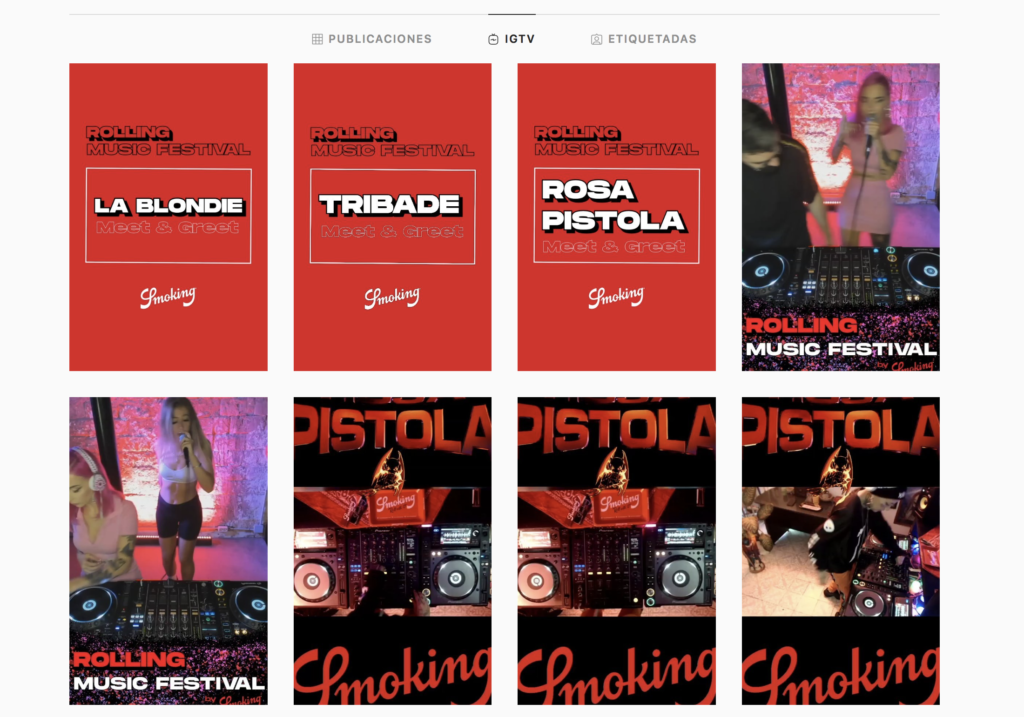 As we can see, in the era that we live it is still possible to experience live music, even if is through Instagram live shows. And it is still nice and enjoyable! So, if you want to be aware of other future events such as this festiva, follow @smokingpaperes’s account and don’t miss anything.