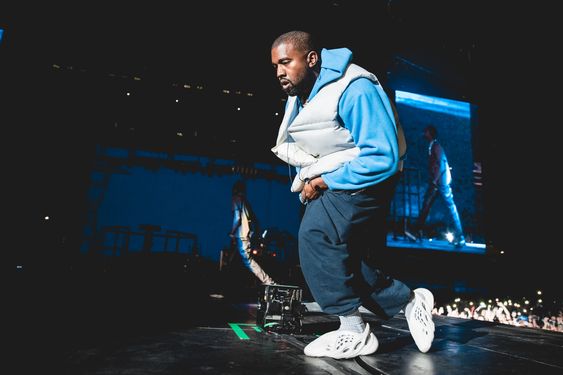 We always like to give you the best playlists and songs, and today we want to reveal the best songwriters behind the hits, and no, it’s not always the famous musician who writes or composes the song, find out more about these amazing composers in this post!

He also co-wrote “Baby” with then-girlfriend Christina Milian and Ludacris.

He wrote: Beyoncé’s “Irreplaceable”, Rihanna’s “Take a Bow” and more!

Yes, you won’t believe it, but he wrote: “You Are Not Alone” by Michael Jackson!

Now you understand why you always want to play “I Believe I Can Fly” right after listening to “You Are Not Alone”.

She wrote:  “Pimpin’ All Over the World” by Ludacris, “Gimme More” by Britney Spears, “What Love Can Do” by LeToya Luckett,

Before becoming a singer, Keri wrote hits for some of the biggest names in the business, including Chris Brown, Mary J. Blige, and Jennifer Lopez.

You probably didn’t know this, but Brown wrote Rihanna’s “Disturbia”.

Breezy wrote the song for RiRi before the two started dating in 2008!

We all know Quincy is the god of music, but did you know he wrote this hit? I’m sure you didn’t!

Kanye’s songwriting ability shows his vulnerable side (and we love it!).

Kandi made her mark as a singer and songwriter!

He wrote: Beyoncé’s “Drunk in Love”, and Justin Timberlake’s “SexyBack”.

Timbaland is a great songwriter and producer. He isn’t only one of the biggest names in the music industry, he’s also behind some of the hottest songs!

Yes, you read that right. Not only that, but he wrote the song with the help of Cee Lo Green and Busta Rhymes.

He wrote: “Bonnie & Clyde” by Jay Z and Beyoncé, “Love Song” by Madonna,

Thankfully, Prince was too talented and generous to keep it all to himself!

Babyface is an expert when it comes to writing songs. He wrote: Too many to count! That is why he belongs to the Songwriter’s Hall of Fame.

The legendary singer-songwriter has played everything from Boyz II Men’s “I’ll Make Love to You” to Whitney Houston’s “I’m Your Baby Tonight”.

He wrote “Respect” by Aretha Franklin

“Respect” was originally an Otis song, but once he gave it to Aretha Franklin, its popularity skyrocketed.

Country music’s most famous songwriter. An adherent of Howard’s “three chords and the truth” school of songwriting, Walker was the author of such classics as “Not That I Care”, “In the Misty Moonlight”, “It’s All Your Fault” and the smash hit “You Don’t Know Me”.

The magic dust Cindy sprinkled on the song must have worked, as it has been recorded and immortalized by everyone who has covered it, including Ray Charles, Elvis Presley and Willie Nelson. By combining complex emotions with conversational lyrics, Walker could tackle any style of song, from torch ballads to westerns and waltzes.

Behind every great diva is Narada Michael Walden. Aretha, Whitney, Diana, Mariah; he wrote for them and produced some of the biggest hits of the 80s. As one of the most sought-after songwriters of the decade, Walden helped these iconic voices at different stages of their careers.

While producing Aretha Franklin’s 1985 comeback album Who’s Zoomin’ Who? and co-writing “Freeway of Love”, he helped make Whitney Houston a household name, producing her first two multi-platinum recordings, Whitney Houston and Whitney, and writing the reworked version of “How Will I Know” that was originally slated for Janet Jackson. Narada continued to work with Whitney throughout her career, producing the soundtrack for Bodyguard and chronicling his time with the immortal singer in his book.

You’re nobody til someone knows your name, or in Larry Stock’s case, helps write a song for the Rat Pack. Technically not for the pack per se, but later adopted as one of their own, Stock (along with Russ Morgan and James Cavanaugh) helped write “You’re Nobody till Somebody Loves You” and a nightclub favorite was born.

The song was first recorded by Morgan in 1944 and has been covered by numerous artists, but none more so than Dean Martin. Other members of the pack, Frank Sinatra and Sammy Davis Jr. also put their own spin on the song, as did artists from Connie Francis to the Supremes.