On September 13, one of Nintendo’s greatest characters has a birthday and that is, Super Mario Bros will also grow older and will be 35 years old in the next few days. On September 4, the company made a live commemorating these 35 years and showed the great news that they want to include in their next games, showing that many more Super Mario Bros celebrations will take place. Users will be able to enjoy the new video games and products announced in relation to the celebration this 2020 and next 2021.

If you are passionate about Super Marios Bros you can watch the following video or keep reading because we are going to show you all the news and the different games:

This great novelty is for the most nostalgic of the game since you can enjoy for a limited time on your Nintendo Switch the remastered versions of three great classic Mario games in 3D. Specifically, from September 18, you will be able to enjoy Super Mario 64 for the Nintendo 64, Super Mario Sunshine for Gamecube and Super Mario Galaxy for the Wii console. All of them will be optimized for the latest Nintendo model but the retro aesthetic that characterized this game so much will be maintained.

The next game they presented is Mario Kart Live: Home Circuit and it arrives on October 16. This novelty has been one of the great surprises since this game will allow you to set up a Mario Kart circuit in your own home, that is, the circuits are designed by the players. In this way, what Nintendo intends is to transfer the traditional experience to a real world experience so that the two karts can move in real environments while the screen of the Switch controls accesses the augmented reality game.

The next novelty is also very good news for the most retro. Game & Watch will be available from November 13 and is a tribute to the Nintendo laptop that was so successful in the 80s. After this success, they have decided to adapt the classic screen to new needs to be able to play classic games from Super Mario Bros, Super Mario Bros: The Lost Levels, and a special version of the G&W classic ‘Ball’.

This is an improved version of the Super Mario 3D World originally for Wii U. It arrives on February 12, 2021 with the possibility of playing cooperatively online or locally with new levels.

This game will be exclusive content for Nintendo Switch Online subscribers and will be available from October 1 to March 31. This new game simulates a battle royale so that 35 players compete at the same time and is set in the first Super Mario Bros.

After having discussed all the new games, we also want to announce other actions since in the Nintendo Direct they have also announced numerous Mario Bros-themed events and as a consequence of the 35th anniversary.

The first of these is the Mario Kart Tour from September 9 to 23 where the season of Mario and  Donkey Kong Jr. from SNES’s ‘Super Mario Kart’ is presented. The next will be Super Mario Maker 2: Ninji Time Trial in which a new special level of time trial will be added that will be totally inspired by the 35th anniversary.

Another of Nintendo’s great bets is the online tournament Super Smash Bros, which will be held at the European level and will revolve around Super Mario Bros through scenarios and objects from the Super Mario series.

As you have seen, Nintendo has made a great commitment to its games on this 35th anniversary since, in addition to all the comments, users will also be able to find merchandising and new Amiibos inspired by the anniversary theme. 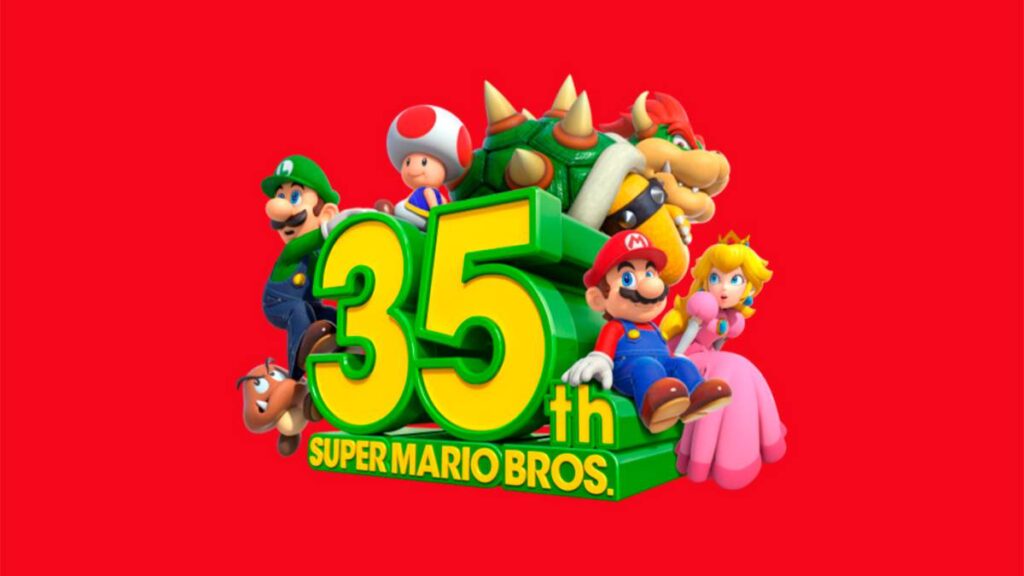