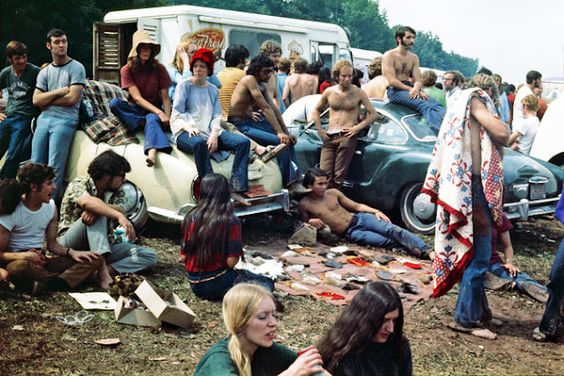 You know we love festivals, but does the name Woodstock ring a bell? Yes, it’s a New York location, but it was also a festival that became one of the most iconic moments in contemporary culture. Let us explain why this wonderful festival was also a chaotic experience!

The Woodstock Festival: reasons for its chaotic 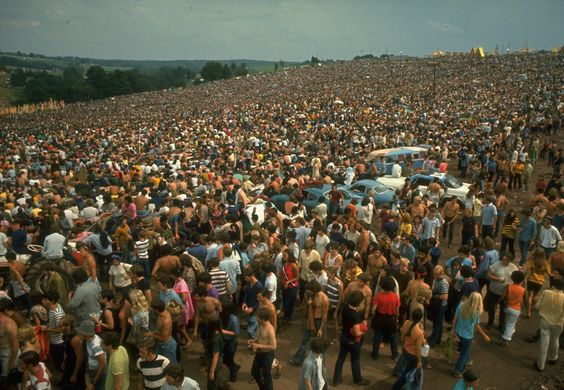 The festival was organized by four entrepreneurs, led by Michael Lang. The group was willing to finance the event in light of the success of similar events that were beginning to appear in the United States and Europe, such as the Monterey International Pop Music Festival, which in 1967 managed to bring together a spectacular list of groups and artists, among them Simon & Garfunkel, The Who or Jimi Hendrix.

Lang and the other entrepreneurs envisioned an event for 200,000 people, and even after the pre-sale sold 186,000 tickets at US$18 (around US$120 at today’s exchange rate), they didn’t think that many more people would attend!

In fact, their goal was already much more ambitious than previous events. Monterrey, for example, had far fewer attendees. Only between 7,000 and 10,000 had access to the venue where the music was played.

An estimated 500,000 people attended Woodstock, which curiously was held on a dairy farm in the town of Bethel, 70 kilometers southwest of the town of that name. The huge crowd turned the festival, originally intended as a profit-making initiative, into a free concert.

To get an idea of the enormous number of people who attended, a fact: for a few moments, the place where the event was held became the third most populated city in the state of New York!

In 1969, Americans were deeply divided. There was growing unrest caused by the Vietnam War and racial tensions that had sparked riots in 125 cities the year before, following the assassination of Martin Luther King.

Despite the panic that gripped organizers and authorities when the Woodstock area prepared for the festival became overcrowded, the event was notable for its peaceful atmosphere. Three deaths were recorded: two from drug overdoses, and another occurred when a sleeping spectator was run over by a tractor in a nearby hay field.

Logistical issues didn’t cause major problems, which helps explain why Woodstock stood out. Several months later, violence broke out at the Altamont Speedway Free Festival, a California event headlined by the Rolling Stones, where an attendee was stabbed and killed in front of the stage.

But in addition to its great numbers and great weather, the fascination with Woodstock also lies in large part in the official documentary recorded during the meeting.

Directed by Michael Wadleigh and edited by a team that included -then- who would become one of Hollywood’s heavyweights, Martin Scorsese, the film was a tremendous commercial success, becoming the fifth highest grossing film in the U.S. in 1970. It also won the Oscar for Best Documentary in 1971!

It also helped that Woodstock’s organizers came up with a star-studded line-up: Hendrix, The Who, Janis Joplin, Jefferson Airplane, Still or Nash & Young were among the most prominent artist names.

Hendrix, in fact, starred in one of the most iconic moments of the festival, thanks to his magnificent guitar rendition of the U.S. national anthem.

Some groups that were less internationally known at the time also grabbed the spotlight: the legendary Carlos Santana, among others, boosted his career thanks to his performance at Woodstock.

The failure of the aftermath

The mysticism that still surrounds Woodstock is also due to its “aftermath”, which failed to live up to the hype. The festival’s 25th anniversary celebration in 1994, for example, became more famous for mud wrestling and the presence of corporate sponsors than anything else.

Five years later, things took a turn for the worse: the 30th anniversary celebrations were marked by riots and sexual violence.

This year’s scheduled event didn’t get very far either: Michael Lang’s efforts ran into all sorts of problems, from the denial of permits to reports of artists refusing to attend because they weren’t paid their advance commissions. On July 31, the initiative was cancelled.

Despite the fact that there won’t be a second Woodstock, the festival brand is still booming.

Merchandise associated with the original festival generates sales of at least $20 million a year, according to the company that has managed Woodstock merchandise for 15 years, Epic Rights.