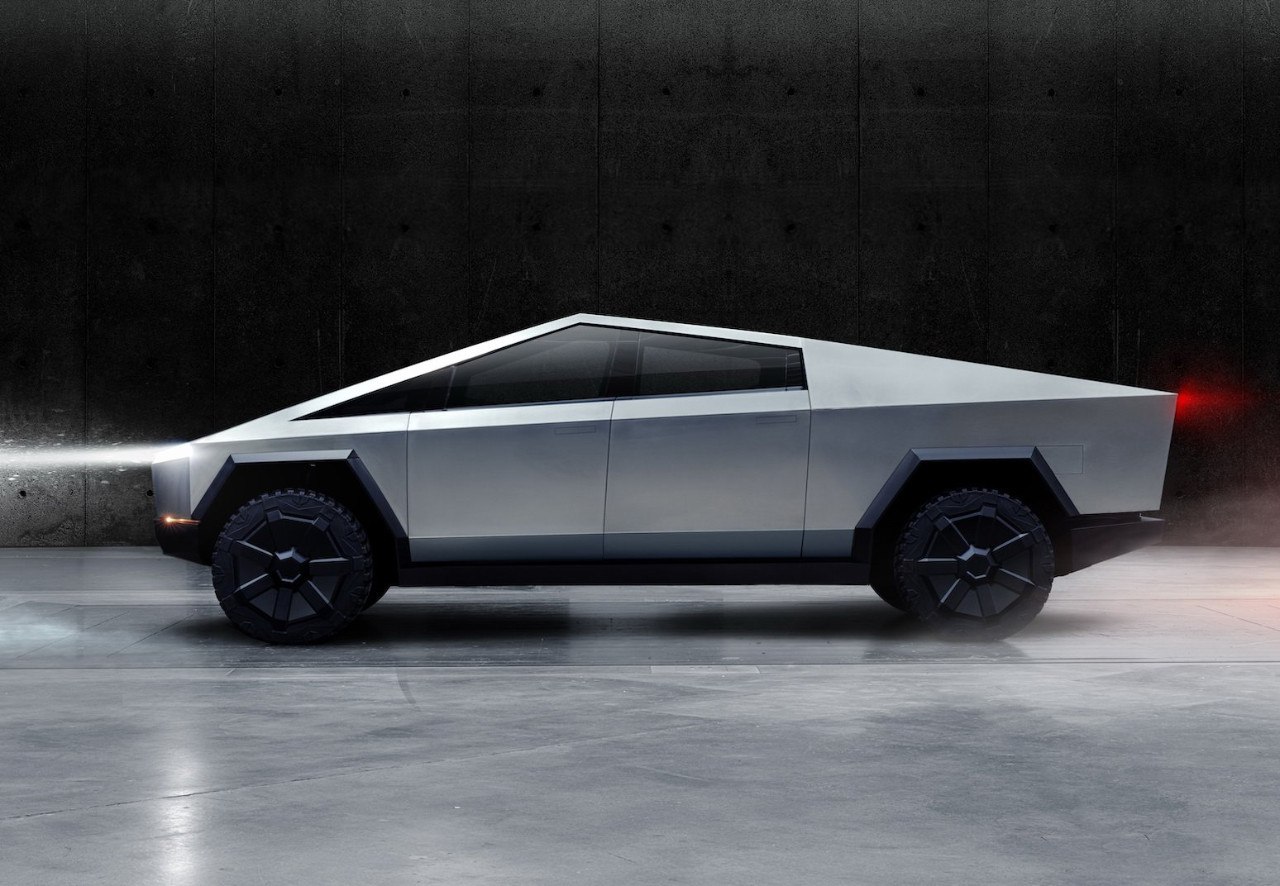 In short, the well-known brand of cars Tesla will present the Tesla Cybertruck, its first electric truck. The Tesla pick-up is without a doubt one of the most different and original proposals that have been made on the market. It is for this reason that even if you are not passionate about the motor world, we invite you to continue reading and discover the great design of this new model of truck.

Last November 2019 the new Tesla’s Cybertruck was presented, which stands out above all for its futuristic style, revolutionizing the hitherto design of cars and trucks.

Elon Musk, the CEO of Tesla already announced years ago that Tesla would continue to bet and evolve the futuristic concept until creating cars like the one we will discuss below. He also commented that the design of this new truck would be inspired by the best-known science fiction movies.

Visually we can only see sharp shapes, square wheel arches and even a futuristic wheel design. The rear features a simple light strip for the skulls and a pan covered by a retractable metal piece.

Musk stated that the new Cybertruck would be approximately 5.8 meters long by 2 meters high and as Tesla claims, the Cybertruck is built with an outer chassis made to provide the greatest durability and protection to the passengers.

The first model, the one with access to the range will be the Tesla Cybertruck with a single engine and stands out for having a range of more than 400 kilometers and for going from 0 to 96 kilometers per hour in just 6.5 seconds.

The second option is considered intermediate range and in this, Tesla is committed to a fully electric propulsion system composed of two engines capable of having a range of 480 kilometers.

Finally, the most complete and equipped option, it has a new propulsion system as it will have three electric motors and a battery. Due to its large production, this higher-end model will not be available until 2022 but will have a range of more than 800 kilometers and will be able to go from 0 to 96 kilometers in just 2.9 seconds. 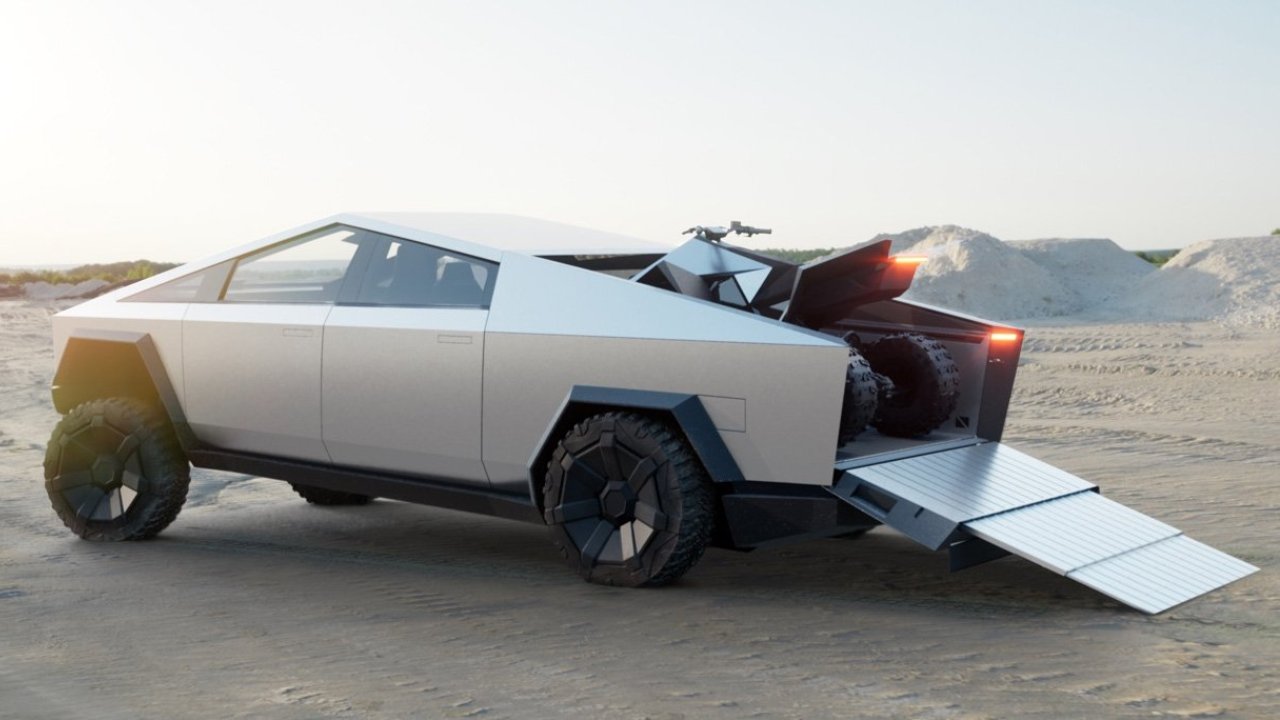 How much is the Tesla Cybertruck?

This new model is not only surprised by its great and innovative design, but also by its cheap final price considering that we are talking about a new Tesla model.

This and that it is only necessary to make a payment of 100 dollars and not 1,000 dollars as had happened in other pre-orders, has made the order of this new pick-up model grow very quickly since only three days after the presentation, 250,000 people had already booked their new Cybertruck.

In the presentation of the new model the interior of the vehicle was not shown, but different images have been offered for all Tesla fans where you can see the great design that has been worked on for the interior of the Tesla’s Cybertruck. It stands out above all for its minimalist aesthetics with a huge touch screen and a square steering wheel, following the futuristic theme that is so prevalent in this car. Also, the marble effect that has been used on the vehicle’s dashboard stands out.

All those who want to enjoy and be able to drive this great car will have to wait until next year 2021 although they can already make their reservations and orders through the Tesla website.

As we have commented previously, the higher-end model will not be available until 2022, so if you want that specific model, you will still have to wait a little longer.

As we have already mentioned, Tesla offers three different models for the Cybertruck, although it also offers the possibility of personalizing and customizing the car model itself. Specifically, you can change and modify the colors of both the interior and exterior of the vehicle choosing between matte, glossy, stone, wood … and many other options.

Even so, it is important to comment that all the changes that are made will be costs added to the initial sale price.