Everyone has lived and now, we are living in an exceptional situation and for the good of all we have had to change our habits and our way of consuming culture.

From Smoking, we know the importance of culture and especially music, which is why we have created the Rolling Music Festival, a festival to bring the music of great artists to the public.

The new Rolling Music Festival will be held from the official account of @smokingpaperes and will have the participation of 3 great artists who will show their music in performances of 40 minutes each.

Rosa Pistola will be the first artist to perform. A Colombian artist and DJ known for playing and producing underground reggaeton. She has a great vision about the influence of mainstream and pop sound although reggaeton has always been part of her life. Still, she wants to experiment and create music influenced by all possible genres. She has performed on big stages at several of Spain’s festivals such as Primavera Sound and Sónar, and is also known for participating in the Boiler Room music platform in New York.

The next invited artists is the group Tribade formed by 3 girls from Barcelona, Bittah, Sombra Alor and Masiva Lulla. They stand out above all for doing rap that reflects the true society of Barcelona. Through their powerful lyrics they want to denounce and empower themselves while fighting against the precariousness in the music world. They demand great social issues such as feminism, the LGTBI community and activism. Their music is characterized by being original thanks to the combination of rap with flamenco, soul or trap and reggaeton.

The last guest artist is La Blondie, one of the new promises of the trap in Spain. Influenced by trap and American dance hall, her music mixes urban sounds ranging from reggaeton to trap. Even so, she doesn’t want to be pigeonholed into any genre because she keeps changing and exploring new genres when it comes to creating her new music. He has performed on stages in Madrid and Barcelona, such as Sala Razzmatazz, But, Sidecar… 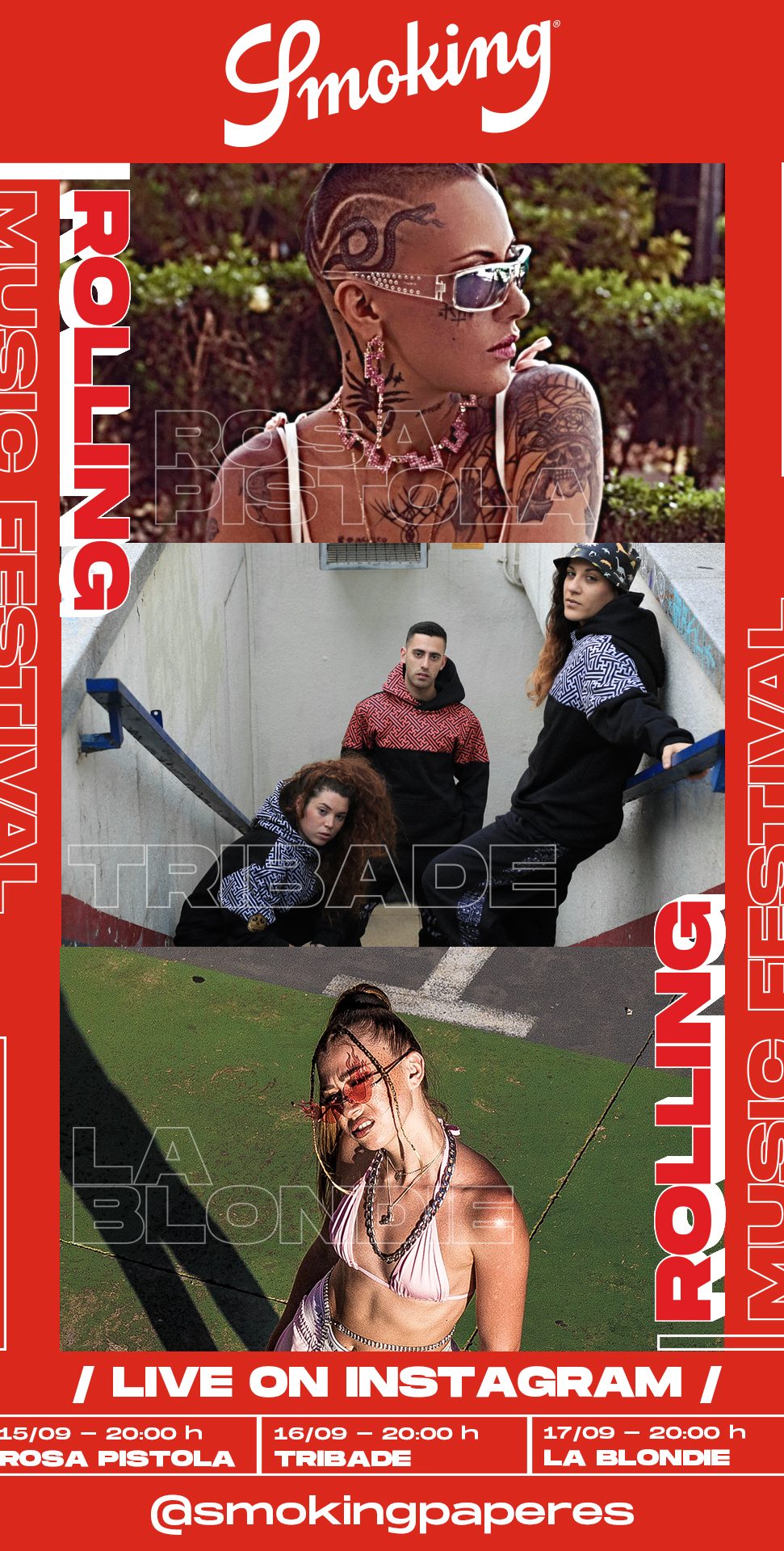 Instagram live shows have become the best platform to create these new formats, that is why both the content of the festival and the broadcast of the performances will be done through the Instagram profile of @smokingpaperes. The performances will be broadcast over 3 consecutive days, specifically on 15, 16 and 17 September 2020. Do you want to be aware of all the news of the festival? Don’t miss anything and follow @smokingpaperes’s account.

We want to bring the artists closer to the public in the best possible way, and to do this, what better than a virtual Meet&Greet. Through Instagram Stories you can ask any question to the artists so that they can answer it.

And, if you have missed the concert, don’t worry because we will create different video summaries of the performances so that you can relive them whenever and wherever you want.

We want you to participate at all times, which is why we invite you to join our collaborative Spotify list, a list in which you’ll find songs by the guest artists as well as all the songs most listened to by our audience during the quarantine.