The Eternals: Marvel’s next superheroes are coming!

Last May the trailer for the long-awaited movie Eternals was presented. This is the future phase after Avengers 4 and has possibly become one of the most mysterious films in the Marvel Cinematic Universe, MCU. Since the trailer was published, many theories have been created and, despite the fact that many people have been able to recognize the characters that appear in the Marvel Comics, there are many others who will be met for the first time.

Therefore, we are going to comment in this article on who The Eternals are.

Who are the Marvel Eternals?

As we said, Marvel’s Eternals is the most mysterious film in the Marvel Cinematic Universe, and therefore, we are going to review all the characters that are part of this new phase.

The first character we want to discuss is Thena. Angelina Jolie was in charge of playing the daughter of Zuras, leader of the Eternals. Thena was born in Olympia, Greece and therefore her name is due to the Goddess Athena.

She is a character characterized by great intellect, great dexterity in battle, and the ability to emit energy rays. Thanks to her abilities, she is considered to be one of the best and for this reason, she is one of the protagonists of the film.

If we mention the name of Richard Madden, surely he sounds familiar to you and as he played Robb Stark in Game of Thrones. In this case, he joins Marvel to play Ikaris, one of the most recognized characters in comics.

Ikaris was born in Russia and is the son of Virako and the father of the human Icarus. He has the ability to levitate and is possibly one of the gods who has the greatest control and mastery of his own ability. In addition, we cannot forget that he stands out for being one of the great protectors of Humanity.

For all this, he has become one of the most recognized Eternals.

The next character we want to mention is Ajak. She was also born in the same area as Ikaris and is the daughter of Rakar and Amma. It is important to mention that this character in the comics appears as a male character, although the MCU decided to bet on female identity. In this way, Ajak will star Salma Hayek and maybe due to this change, the story will be different in the film.

Even so, Ajak stands out for being able to communicate directly with the Celestials, and for that reason, she is considered one of the largest warriors of the race.

Also, one of the few things that were confirmed is that Ajak is the leader of the Eternals in the movie so great scenes of Salma and her character are expected. 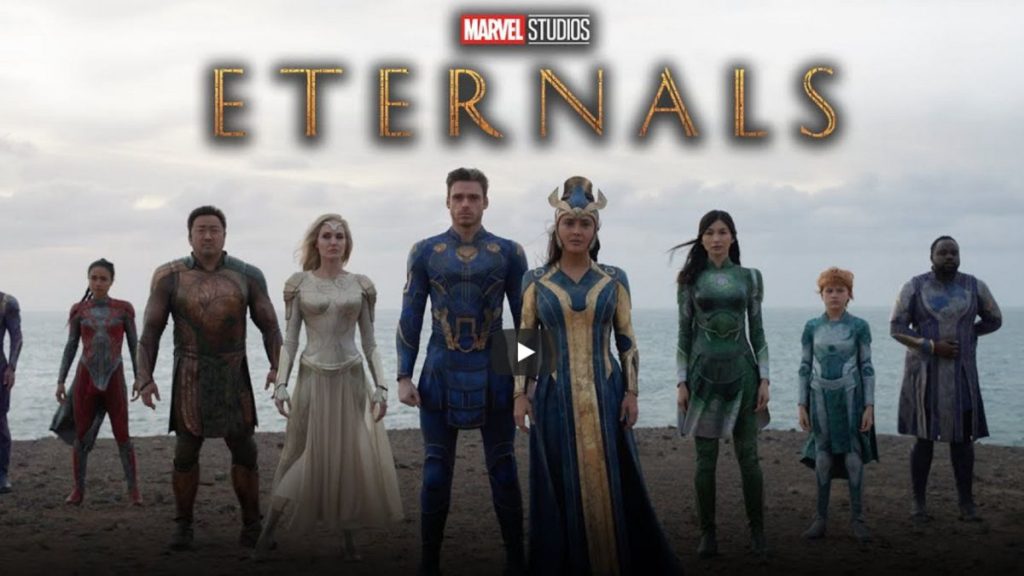 Of the following characters, we do not know much of their origin. Of Phastos, we can only say that he lived in Ancient Greece where he was mistaken for the god Hephaestus. He is the greatest inventor and engineer of the Eternals and thanks to this, he has created numerous weapons among which Kingo Sunen stands out.

Also, in order to represent greater diversity in the film, Phastos has become the first gay character in the MCU and will be played by Brian Tyree Henry.

Kingo Sunen comes from a Japanese settlement and thanks to his study of samurai, the warrior way, and the Bushido code, he became one of the best on Earth. His mastery of the sword is a marvel and for that reason, it is his main weapon.

The next character is another sex change from the comic. Lauren Ridloff, a deaf American actress, will play Makkari, another of the Eternals who was born in Olympia. This one stands out for being one of the fastest characters of her species and for being one of the people who are most involved with events on earth.

Sprite is another of the characters that were born in Olympia and have also changed the gender of this character in the film to have a female role. In this way, she is played by Lia McHugh. It is said that she is one of the most powerful characters of the Eternals and is capable of creating illusions.

Gilgamesh is played by Ma Dong-Seok and is the most physically powerful of all the Eternals we’ve mentioned. Although in the comic he goes blind, we will have to wait to see how his story is told in the movie.

Gemma Chan will play Sersi, a woman who has the power to transmute matter. In addition, she is capable of creating lifelong telepathic bonds and therefore has a great bond with Kit Harington within the film.

The last Eternal we want to comment on is Druig, played by Barry Keoghan. This one is characterized by having great intelligence and the ability to transmute matter, although not at the level of Sersi.

The Marvel fans will have to wait until October to go to the movies to enjoy the Chloé Zhao film. We want to see it now!